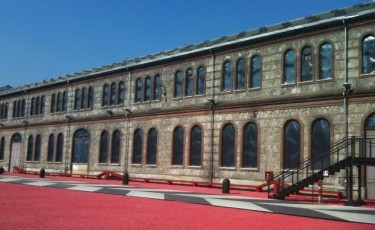 Torino is the capital of Italy’s celebration this year of the Risorgimento, the creation of the country 150 years ago. The city’s Fiat Lingotto factory is already famous, with its spectacular racetrack on the roof, but for this year’s festivities the city chose another impressive piece of its industrial past: the Officine di Grandi Riparazioni (OGR), where they used to repair the trains.

This was the venue for a seminar organized jointly by Rotterdam and Turin – twin cities since 1958 – which I moderated, on the future of sustainable building in a post-industrial city.

What makes the OGR special is not only its size, but particularly the fact that its use is temporary. It opened in March and will close in November, since there is no heating. In the meantime it is being used intensively, for symposia, a cool shop, restaurants and a delightful exhibit of espresso machines, many of which bear a striking resemblance to jukeboxes. On Thursday nights the courtyard is a local hotspot with a dj and crowds in tight pants, hot pants and high heels crowding around the green-lit water tower.

In the city center it all came together when I ran across that rarest of objects, a public phone, that looked like a cross between one of OGR’s old locomotives and a coffee machine. 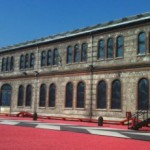