Items: Designers are saving the world 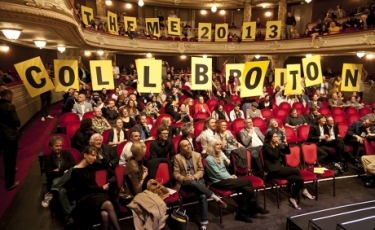 Conferences used to be about star designers showing pretty things. Now they’re about sharing social concerns. The second edition of the Amsterdam conference What Design Can Do was all about how the social role that design can play. The designer is now both a catalyst and a go-between: part problem-solver, part community organizer, part dreamer. I interviewed Hella Jongerius at the conference and for the magazine Items I wrote an essay which you can read here.

Photos: The theme of ‘WDCD’ in 2013 will be ‘Collaboration’ | project by Febrik in the Lebanese refugee camp Burj el Barajneh | colored vases series 3 by Hella Jongerius | graphic design on the streets of Bogotá from the blog Popular de Lujo