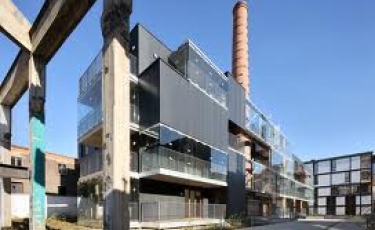 The American magazine Architectural Record was so impressed by MDW’s social housing project on the site of the former soap factory Savonnerie Heymans in the center of Brussels that they put it on the cover of the March issue. The architects managed to retain the industrial flavor of the location while providing social housing that has shared public space, amenities and – perhaps the most important – dignity. Read my article here.