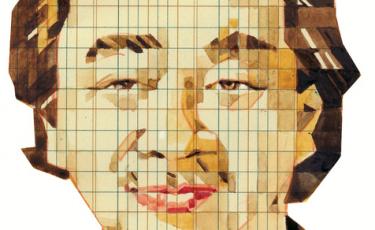 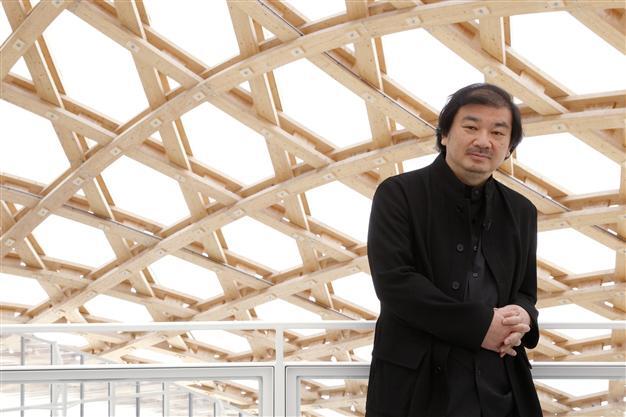 This is a good year for the Japanese-born architect Shigeru Ban. In June he was awarded the Pritzer Prize, and last week his new building for the Aspen Art Museum opened in Colorado.

The Pritzker Foundation chose the newly reopened Rijksmuseum in Amsterdam for this year’s Awards ceremony. The museum in Aspen has an airy façade on two side made of woven strips and a roof of wooden latticework that is reminiscent of one of Shigeru Ban’s best-known buildings: the satellite for Paris’ Centre Pompidou in the northern French city of Metz. Its roof is a feat of engineering, with undulating interwoven beams creating eight thousand square meters of wooden mesh. The architect says it was inspired by a woven Chinese hat he found in Paris.

But he is perhaps better-known – and loved – for his architecture for disaster relief. He first built shelters for the victims of the Kobe earthquake in 1995 of what is now his favorite cheap and light material, cardboard tubes. After the earthquake in Christchurch, New Zealand, he built a cardboard cathedral. For the people who lost their homes in the Fukushima tsunami he designed simple partitions of paper and wood to give them a modicum of privacy in the crowded shelters. Over the years he has designed post-disaster structures for a number of developing countries, among them India, Sri Lanka and Haiti – but also a beautiful paper concert hall for the Italian town of L’Aquila.

In a conversation in the Rijksmuseum with conversation with juror Alejandro Aravena of the Chilean firm Elementals and Pritzker-director Martha Thorne, Ban reflected on how his own work has developed over the years and how the architects’ profession is changing. “I started doing disaster aid ten years after founding my own firm,” he said. “Clients hire us to show off their power and their money with a monument. But I felt we should use our knowledge for ordinary people, and people in need.”

As a high school student in Tokio Ban wanted to go to art school, but an issue of A+U on John Hejduk headed him off in a different direction – towards architecture, and towards the use of structure as a guiding principle in his work, rather than form or style. He feels a bond with Buckminster Fuller and Frei Otto, who created a style of their own by inventing their own structures.

Cardboard is cheap and lightweight, but actually also durable, he says. He first discovered cardboard when he wanted to bring an Alvar Aalto exhibition from MoMA to Tokio, and needed an affordable material. “The strength and durability of a building have nothing to do with material. The temporary church I built from cardboard in Kobe lasted ten years, because people loved it, Then it was donated to Taiwan and rebuilt as a permanent church. Even concrete is temporary if a developer tears down an existing building to make a new one.” One of the good things about working in an emergency situation: you don’t have to wait for permission from the government.

Asked whether he would like to design a skyscraper once in his life, the answer was no. “Since Norman Foster’s Hong Kong-Shanghai Bank nothing structurally interesting has changed in the skyscraper, it is only a competition of form, height and architects’ egos.” Ban now has offices in Tokio, Paris and New York, but after receiving the Pritzker he wants to downsize so that he can give more time and attention to fewer commissions – whether they pay or not.

In an interview Ban gave this spring at the international design fair Salone del Mobile in Milan, he said that he sees architects turning away from cities, where “they have lost control of the building process to developers”. That makes him all the happier that young architects are turning more and more towards designing for humanitarian causes. “My satisfaction in working for a rich client or a destitute one is the same,” he states emphatically at the Pritzker symposium. “The only difference is whether I get paid or not.”