The tragic story of Imants Sudmalis 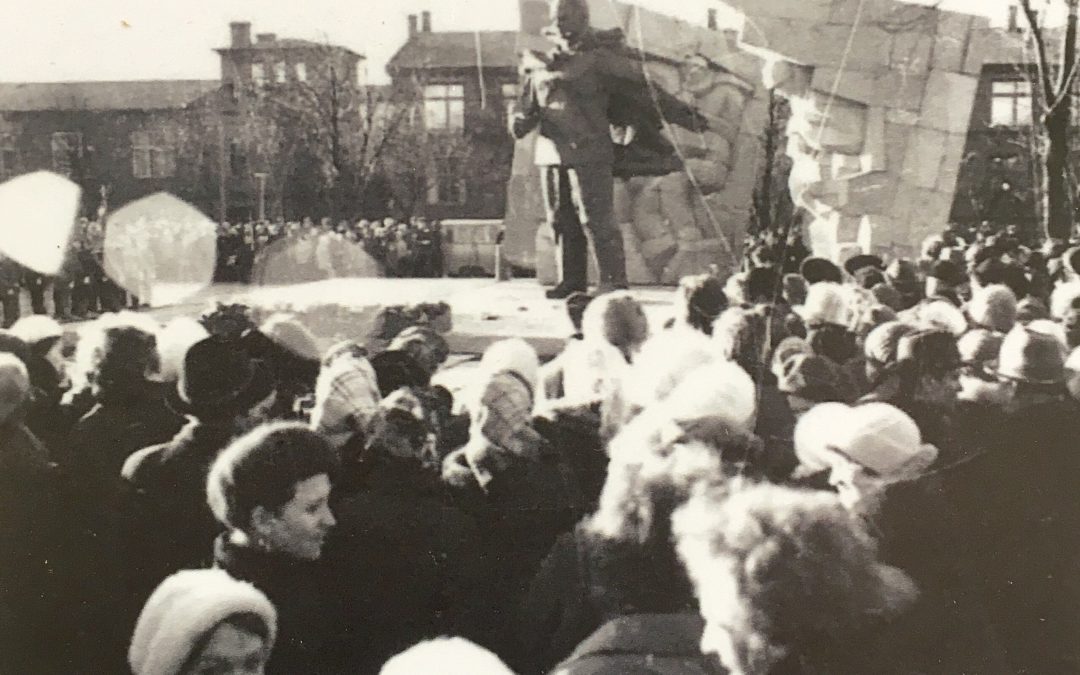 From the back window of the Museum of Liepaja I see an enormous statue hidden in the garden, next to the parking lot. Why is it tucked away where no one will see it? It is a typically grandiose Soviet statue of Imants Sudmalis (1916-1944), whose father Janis founded the museum. Imants’ life story in a telling way reflects the vicissitudes of the ideologies that washed over Latvia and the other Baltic states in the 20th century. From hero to villain and back again – and again.

As a young man already he was an enthusiastic Communist. His nickname in the underground movement was Jack London. His politics made his life difficult – in 1933 he was jailed by his compatriots, and again in 1940. When the Russians occupied Latvia for the first time, in 1941, his star rose. But soon after, the Nazi’s occupied the country. He was active in the Soviet guerrilla resistance, and in 1944 his luck ran out: he was arrested by the Gestapo and shot. Even after his death, history would not leave him in peace. In 1957 he was posthumously named a Hero of the Soviet Union, in 1966 a postage stamp appeared with his portrait on it, and in 1978 this huge statue of him was unveiled. He fell out of favor yet again, dead though he was. In the summer of 1995, a year after the Soviets finally withdrew from Latvia, he was carted off to his father’s museum and unceremoniously dumped in the garden next to the parking lot. He never knew that some streets and a fishing vessel were named after him.