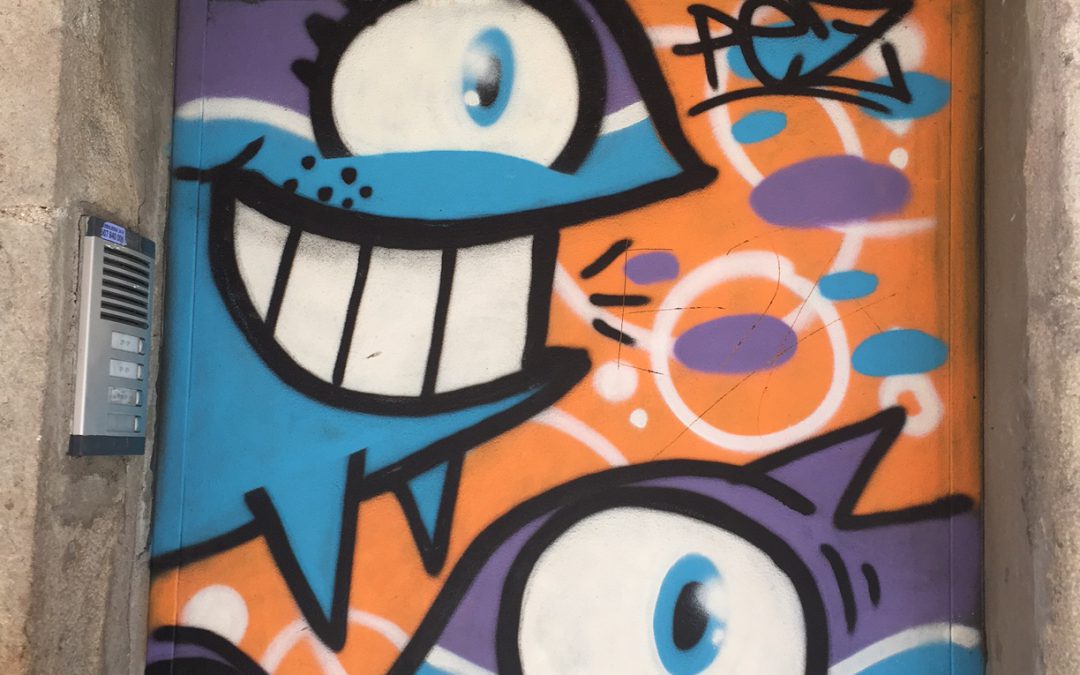 Barcelona is one of Europe’s hotspots for street art – the name for both graffiti, with personal tags, and for artistic paintings. I decided to find out more about what I’m seeing, in the hope that I will then see more. I booked a Barcelona Street Style Tour. There are six legal graffiti/street art walls in Barcelona, but endless numbers of illegal places to make your mark. Street art blew over from New York in the mid-eighties, and exploded in the city in 1994. Together with laws with draconian fines: 1.000 euro the first time you get caught, 3.000 the second time. Here and there you only see a painted space that used to be street art. The electrical companies have less money to remove graffiti and street art than the city; that’s why electrical doors are more often painted than walls. I saw one that had a good six layers of stencil painting, with tags around the edges. (It is disrespectful to paint over a colleague’s work). Some tags are not made of paint, but are little clay tablets, like that of SRAM23. A lot of shutters bear the traces of many street artists, who often have been invited to paint them, possibly as a paid commission. Some of these are true art works. A street scene from the thirties, for example, and a dog reading a newspaper on a city bench. A different project, but one which is also all about using the street as a platform for social expression, is a neighbourhood photography project called Qui som? (Who are we?).  (Quisom2014.wordpress.com). In 2004 photographer Joan Tomás started making portraits of people in the San Pere neighborhood; he framed everyone in a box. Five years later the project returned, now with 200 portraits, and now again. Funny how good it is for the community spirit to run into your neighbors not just live on the street, but also on the wall, their face in a box. The work by ‘El Arte es Basura’ (art is trash) are complete illustrations. One of my favorites is a simple cheap floortile, painted with a cup of coffee in a face, and then cemented into a wall. Energizer – one hundred percent illegal – is in every neighbourhood of Barcelona; his omnipresence earns him respect among the street art community. Street artist Pex (fish), on the other hand, started as an illegal street artist in 1999, now he works only on commission basis. B-Toy, a woman street artist, has been invited to ‘do’ Paris’ main train station. The pooping pigeon stickers which the ‘European street sign hijackers’ sticks on traffic signs, such as ‘forbidden entry’, is a lightfooted form of commentary on the rules and regulations of urban life. 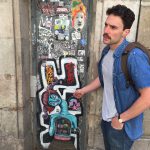 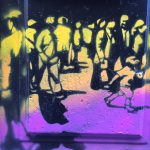 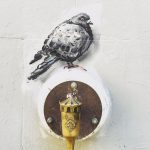 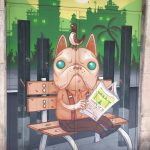 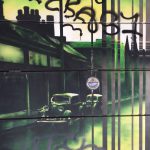 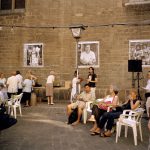 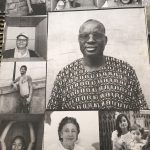 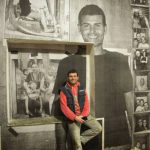 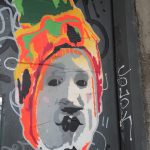