Moderator at the conference ‘Trump’s World’ at the Asser Institute 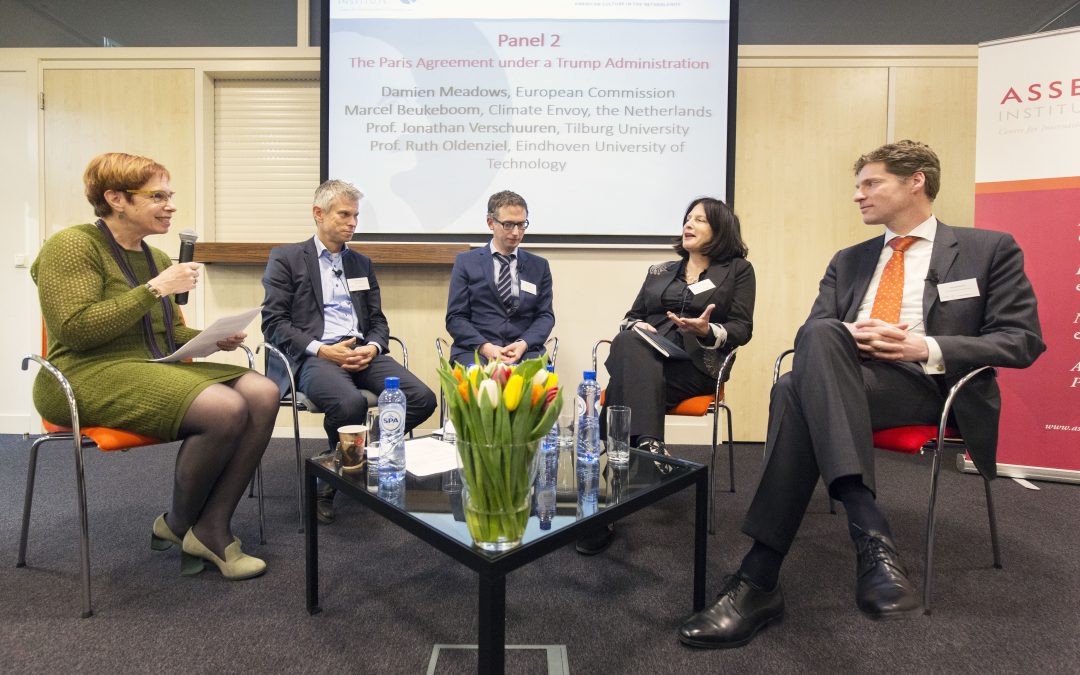 On 27 January, the Asser Institute hosted the conference “Trump’s World – The Trump Administration and International law”. Its aim was to discuss the foreign policy options available to the new Trump Administration and to evaluate the potential consequences of President Trump’s positions for the international order at large. I moderated this conference.

The conference began with opening remarks by Prof. Ernst Hirsch Ballin, President of the T.C.M. Asser Instituut, and continued with an opening keynote by H.E. Mr Henne Schuwer, Ambassador of the Netherlands to the US. Three interactive panel discussions followed on war and peace, climate change and trade under the Trump Administration. The event concluded with closing remarks by Prof. Jaap de Hoop Scheffer, Former Secretary-General of NATO and Chairman of the Advisory Council on International Affairs (AIV).