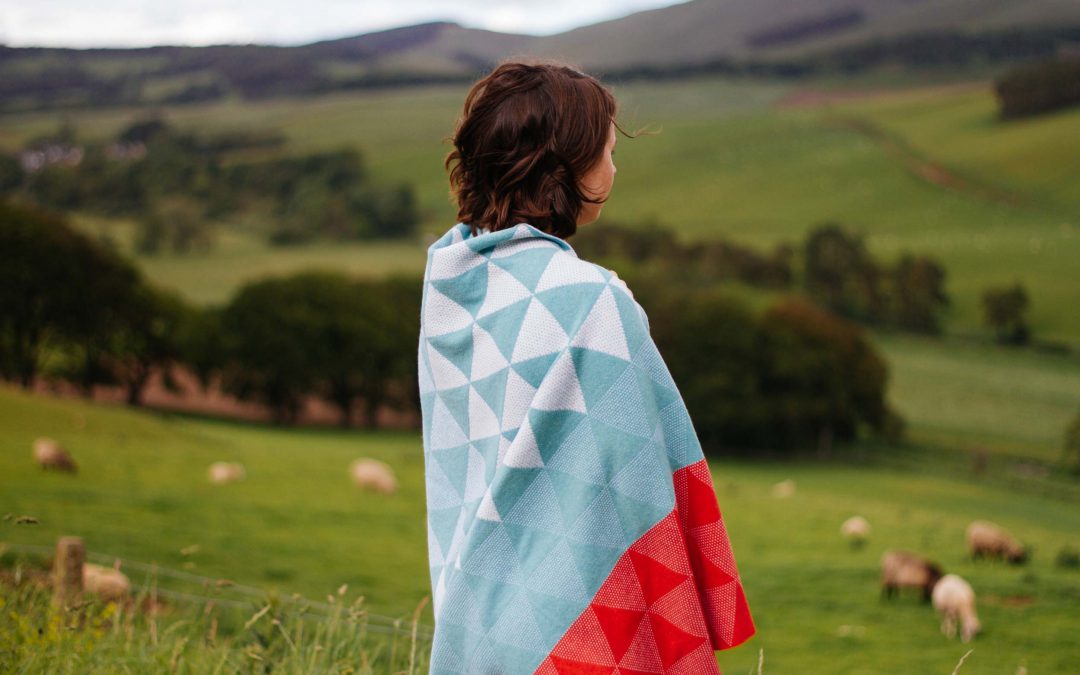 New trend: souvenirs are the new outlet for designers. It dawned on me when I attended a talk by Scottish curator Stacey Hunter at the exhibition design Language during the Milan Designweek about her project Local Heroes in Edinburgh last year. She invited nine designers to create souvenirs that went beyond the heritage clichés. It reminded me of a Dutch project by designer Elmo Vermijs, 100% Terschelling, which is in the running for one of this year’s Dutch Design Awards.

“Scottish design is automatically associated with tradition and heritage, such as Mackintosh”, Stacey said. “But there is so much more!” So she invited nine Scottish designers to create contemporary souvenirs that were exhibited and sold in a shipping container at Edinburgh Airport Plaza as the venue for her exhibition – it draws 1.3 million passengers a year with an average ‘dwell time’ of 128 minutes. The project was part of Scotland’s proclamation of 2016 as the Year of Innovation, Architecture and Design. 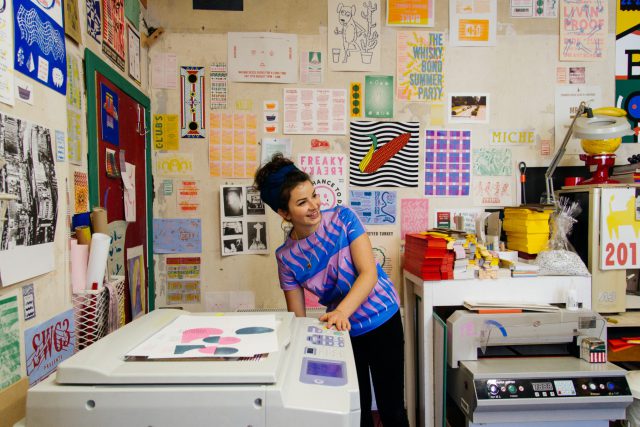 The beach towels that Gabriella Marcella designed and the one-shoulder bathing suit by Rebecaa Torres are an amusing contrast to the umbrella by Karen Mabon – the latter is definitely more my association with Scotland, as is the blanket by Hilary Grant from the Orkneys off Scotland’s northern coast. Some of the Scottish souvenirs are related to travel, such as the pouch by Laura Spring and the blue waxed backpacks by Glasgow-based firm Trakke. Graphic designers Warriors Studio made classic travel posters that celebrate Scottish innovation, with a big Nummer Wans (‘number one’ in a West Scottish dialect) surrounded by Scottish inventions including ‘munchie box’, ‘radar’, ‘Sherlock Holmes’ and ‘hypnotism’. Intriguing. The other two designers were watchmakers Instrmnt and jewelry maker Tom Pigeon.

Local Heroes is just the beginning, Hunter says, although funding for a follow-up has so far proved elusive. “I do believe that much of the new movement in Scottish design is linked to the growing conversation about Scottish independence from the UK, especially since the decision on Brexit.”

Why souvenirs? They’re small, easy to take with you and by their vary nature are potted expression of the place they represent. Dutch designer Elmo Vermijs has been working with the open-air theatre festival Oerol, a big annual event on the island of Terschelling, since 2012, on what grew into the project 100% Terschelling. “The festival Oerol has gotten so big that was looking to redefine its relationship with the local population”, Elmo says. “The island has the ambition of becoming self-sufficient by 2020. The question was: how can Oerol contribute to that?” 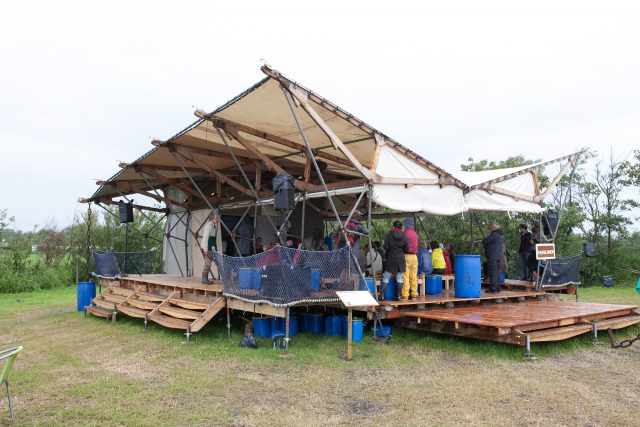 Elmo started by interviewing 43 businesses on the island and drew up a ‘harvest map’ of all their leftover products. With those he and his team created a pavilion where – as an addition to the theatre productions in the dunes and on the beach – talks would be held. I was also invited to give one. The pavilion was a built collage of Terschelling’s leftover: the roof was made from used tents, the wood was gathered from the beaches where the tides had dropped it. My favorite were the seats made from the blue jerrycans in which the laundromats get their detergent. Vermijs gave them a new function by filling them with warm water and putting a cushion top: even on chilly days the audiences at the lectures had toasty legs and backside.

The souvenirs – just one part of the 100% Terschelling project – were a ‘Message in a Bottle’ by Atelier NL; a pocketknife by Jenske Dijkhuis made from recycled wood and an old blade from a restaurant; a puzzle called ‘Island Expedition’ by Tjeerd Veenhoven in which the various crops grown on the island werd pressed into the form of puzzle pieces; a postcard also made of pressed plants; and a sand scoop by Marjolijn Guldemond, an object of recycled plastic that will appeal to everyone; s memories of endless childhood days at the beach.

Identity, memory and the circular economy all bundled into one – the souvenir has taken on a whole new meaning. 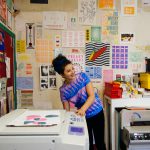 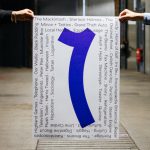 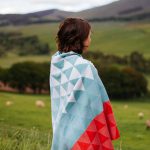 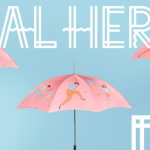 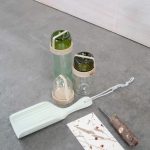 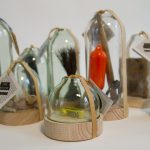 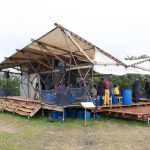 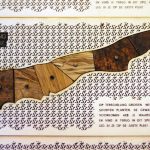