Cold and dark: on board Scott’s polar ship Discovery 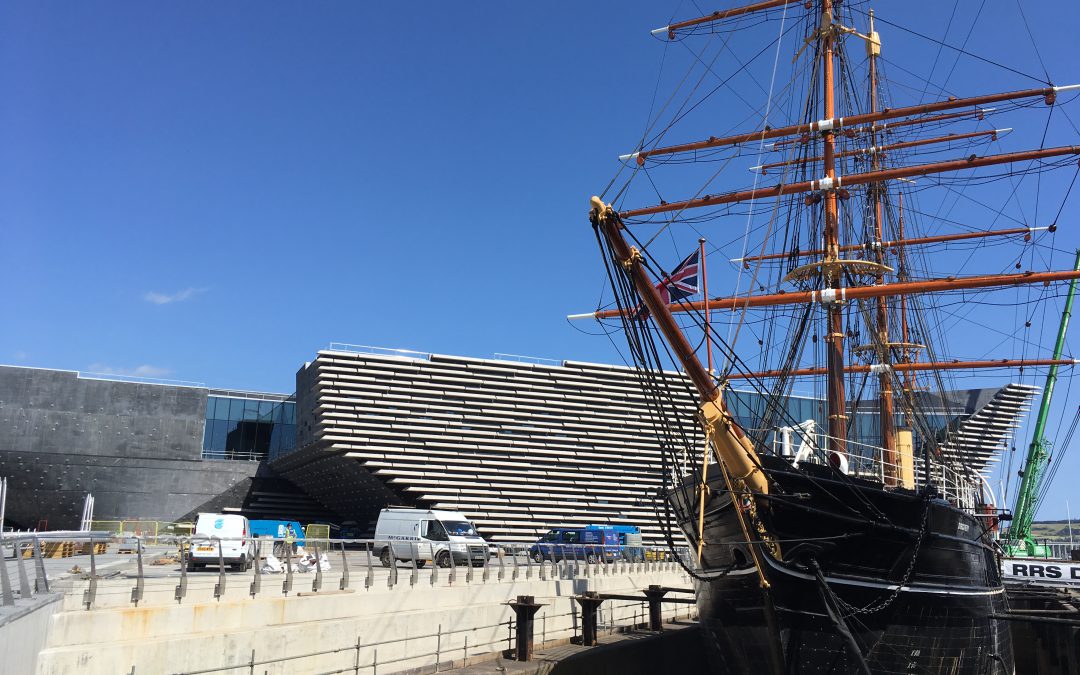 We all know Captain Robert Falcon Scott as one of the tragic heroes of the heroic age of polar exploration: in 1912 he reached the South Pole, only to discover that the Norwegian Amundsen had beaten him to it. Scott and his companions did not survive the return trip. Scott’s polar career had already started in 1901, when he set off on a scientific expedition in the legendary ship the Discovery.

As a lover and collector of stories on the history of polar exploration – and of ephemera like this tea canister decorated with amateuristic images of ‘Empire hero’ Scott – I was thrilled to visit the Discovery in the Scottish city of Dundee. As chance would have it, a few years ago I also visited the Fram in Oslo – the ship with which Amundsen won the race to the South Pole. My very first book, IJsvermaak, was an anthology drawn from my own collection of polar travel stories. 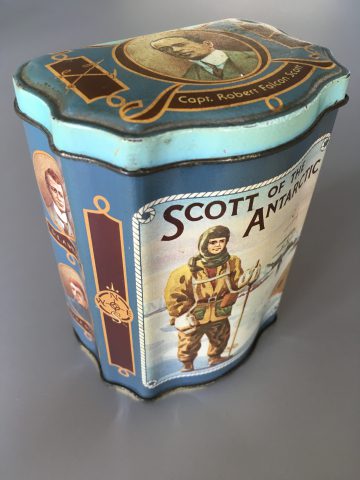 What I love about visiting a ship like this is that you get a feel for what life on board was like. Above all: cramped, with 48 men, some twenty dogs and even 45 terrified sheep on deck gifted by farmers in New Zealand before the ship headed south. Along with all the food and drink, the coal, and the scientific equipment: the expedition studied magnetism and marine life and made the first expedition to the colony of emperor penguins on Cape Crozier. Statues of these penguins decorate the square in front of the visitor’s center. 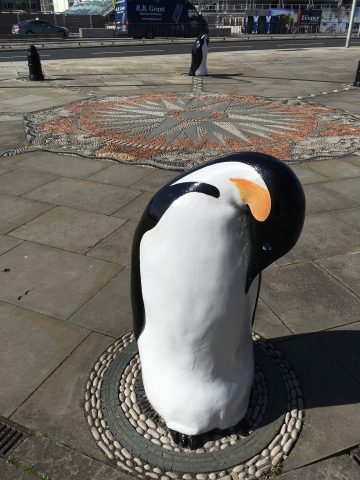 Officers had their own huts, and drank wine with their meals; the men shared tight quarters and drank beer – as long as it lasted. But it could also be congenial on board: the cook did his best to provide special meals on festive occasions, as one of the menus in the glass cases shows, with pea soup, roast beef with Yorkshire pudding, pancakes and cheese.

Second-in-command Ernest Shackleton, later a famous polar explorer in his own right, published a ‘newspaper’ on board, the South Polar Times. It is now one of the costliest polar collectors’ items: a copy came on the market a couple years ago for over 25,500 dollars. 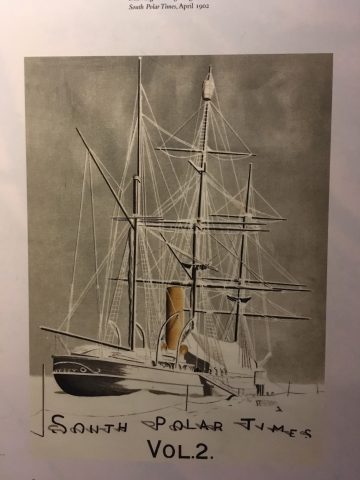 Wandering around on board now, peering into the galley and the huts and the mess room, you can only imagine the fear the men must have felt when they were stuck in the ice first for one winter, then a second, with food supplies and coal diminishing and never knowing whether they would ultimately survive. 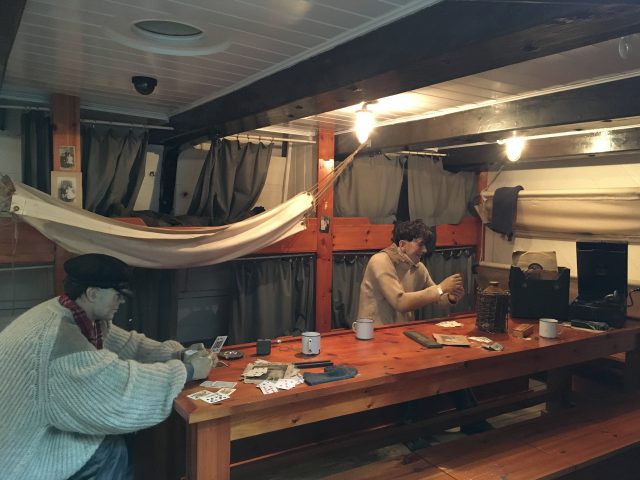 Why is the ship here in Dundee, I wondered? The answer turned out to be simple: the city won the commission because its shipyards had experience building whaling ships. (Dundee’s most important product was jute, and they used whale oil to soften the fibers). The shipbuilders knew that wood could better withstand the pressure of the ice than steel. The hull of the Discovery, therefore, was 66 centimeters thick and composed of ten different kinds of wood. 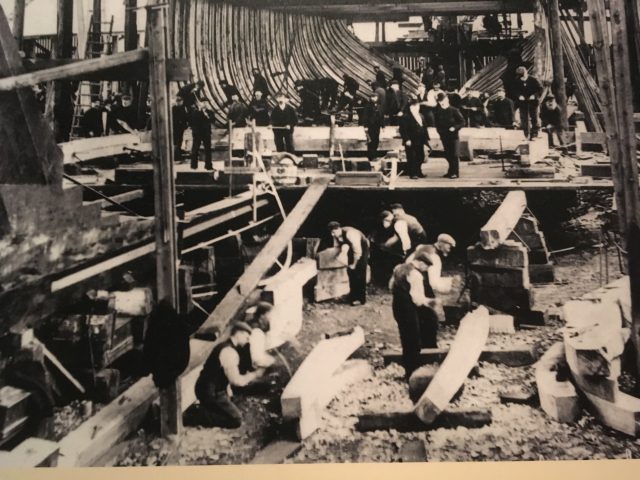 After many other (polar) trips, the Discovery returned home to Dundee in 1986, and is now a major attraction along the River Tay. Right next to it, the new Scottish design museum V&A Dundee designed by architect Kengo Kuma is under construction and will open in 2018. Although the new museum dwarfs the ship, the juxtaposition is apt: the Discovery is in fact a brilliant example of Scottish design.