House of the Witches’ Hats 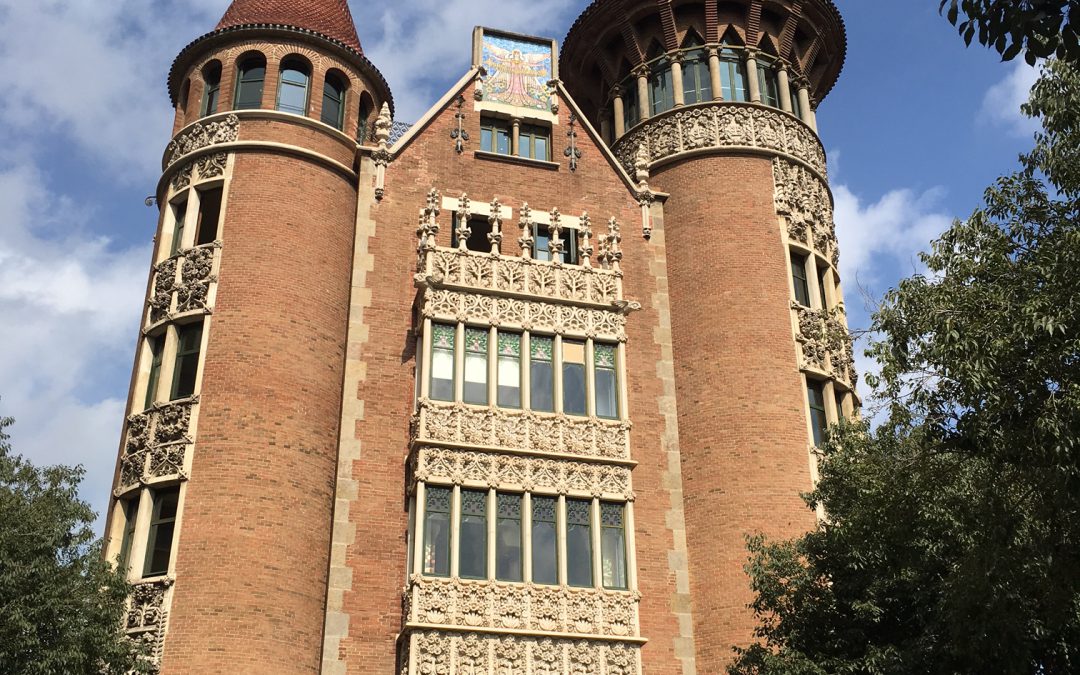 I’ve been coming to Barcelona regularly now for about eight years. Our balcony looks out over Gaudi’s Pedrera (‘the ant hill’, we call it), the Sagrada Familia in the distance and in between a gingerbread castle-like building with six pointy towers that we dubbed ‘The House of the Witches’ Hats’. But only now have I seen it from the inside.

Whereas the Pedrera and the Sagrada Familia are crawling with visitors, it was always very quiet around the Witches’ Hats. No wonder: since it was built in 1903 the building has never been open to the public. Until now! What’s really fun: you can go up to the roof and go into all 6 spires. The house’s name in Catalan is ‘Casa de les Puntxes’, House of the Spires. 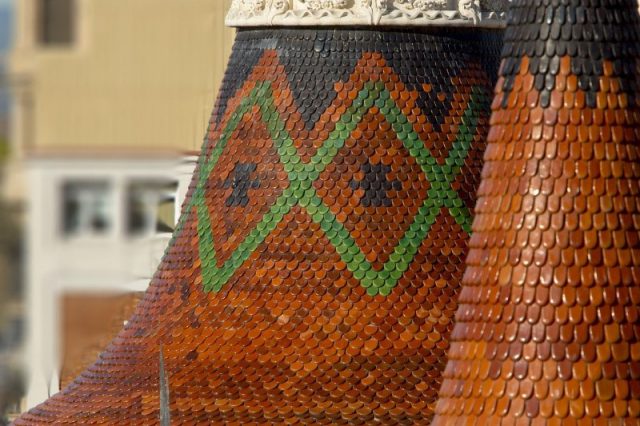 The architect, Josep Puig i Cadafalch, was one of the Big Three of Barcelona’s Art Nouveau period, called ‘Modernismo’, together with Antoni Gaudí and Lluís Domenech I Montaner. He was hired by the wealthy Terradas Brutau family of textile entrepreneurs to build houses for their three daughters Angela, Rosa and Josefa.

Puig combined the sisters’ three separate houses into one building block with six corners on a triangular plot. In this same period the streets were being laid out for the Eixample, the grid conceived by Ildefons Cerdà to improve traffic and bring more daylight into what was to become a dense part of the city. 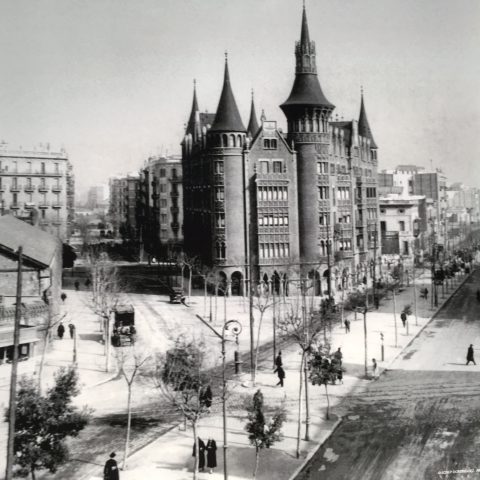 The countryside was still close by, though: a photograph shows a goatherd out on the street who brought the family their daily portion of fresh goat milk. Straight from the udder. 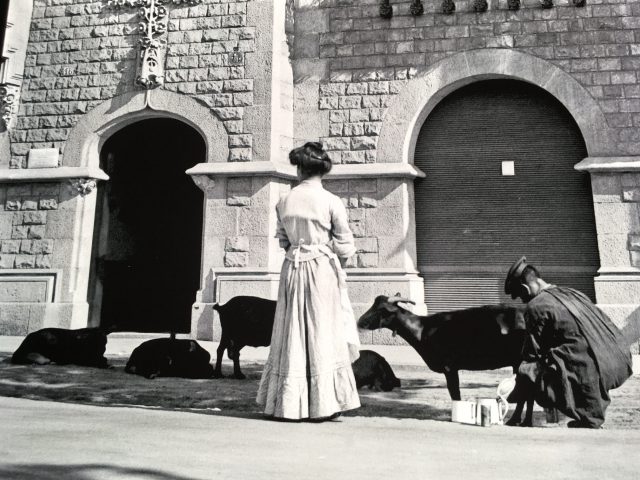 Compared to the exuberant decorations on the outside, demonstrating the family’s wealth and status, the interior was quite restrained. But it is fascinating to see the freeflowing mix of sources of inspiration that infused the Casa de les Punxes: from medieval legends such as St George and the Dragon up to the Bavarian castle Neuschwanstein. The result is one of Modernismo’s first ‘urban castles’ – similar in that respect to Gaudí’s Pedrera, where construction started three years later, in 1906.

In spite of this iconographic mashup, Puig was technically speaking ahead of his time. He used cast iron beams and load-bearing columns to free up the ground floor space. The ground floor of Punxes now houses offices (including the Triodos bank), a shop, a café and of course the entry to the museum – and the omnipresent gift shop. 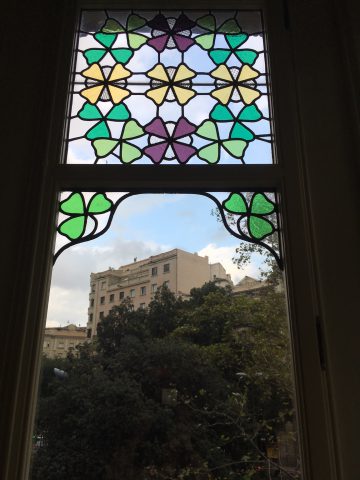 Strangely, the museum itself is completely devoted to the story of Saint George and the dragon. I must admit, no effort or expense was spared in creating a state-of-the-art multimedia experience. But you can’t help but wonder… why? Moreover, the entire visit is highly scripted and you are forced to go at its pace – doors open and close only as determined by the script.

Personally, I would have preferred to learn more about the era when this building and many other extravaganza’s of Modernismo were built. Or about the revolutionary urban plan for this part of the city. Or about the Terradas family. I was particularly curious about life in this female household. Josepa was the only one of the three sisters to marry; Angela en Rose lived in the house with their mother, and all three sisters died childless. 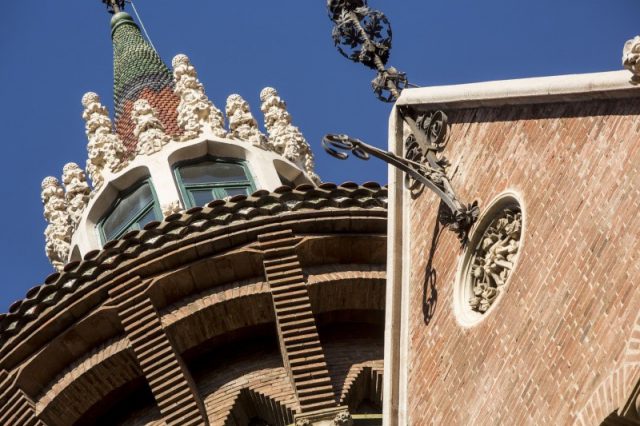 I would also have liked to learn more about the restoration. I was intrigued to see how the current owner, the bank La Caixa, had approached it. I noticed various interventions that would have been absolutely forbidden in a national landmark in Amsterdam. In order to put in emergency stairs, for example, they took out the floor in one of the bedrooms. And for the pavilion that was added on the roof to the largest spire – not even an essential structure, to my mind – they cut through one of the decorative marble cornices.

Maybe I shouldn’t be surprised: all the time I see buildings being ‘restored’ here by tearing down everything except the façade and replacing it with a more efficient new construction. So I won’t complain, I’ll just be glad that the Witches’ Hats are there for all to see and experience.