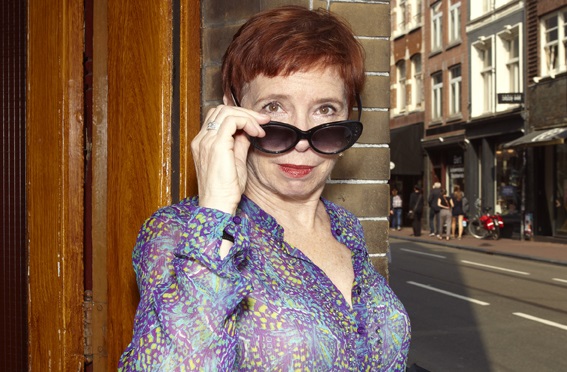 Tracy Metz is a journalist, author and presenter. She is originally from California and came to Europe after college, where she became a journalist. She writes critically, independently, with authority but also with a sense of humor about architecture, urbanism, nature and landscape – in brief, about our relationship to our built and natural environment.

In 2012 she started ‘Stadsleven’ (City Life), an engaging monthly live talkshow and digital magazine about living in cities. Since 2013 she is the director of the John Adams Institute, the center for American culture in the Netherlands.

· Media: NRC Handelsblad, De Groene, Het Parool, Architectural Record
· Books: among others ‘Sweet&Salt: Water and the Dutch’, ‘Nature as Artifice: New Dutch Landscape in Photography and Video Art’, ‘FUN! Leisure and Landscape’, ‘On the Ground: Observations from Harvard’, ‘Nieuwe Natuur: Reportages over veranderend landschap’, ‘Highways in the Netherlands’
· Lectures and moderating: Tracy is in demand as a bilingual moderator, lectures regularly in the Netherland and abroad, appears regularly on radio and tv and is the host of the talkshow Stadsleven
· Research: Loeb Fellowship and Visiting Fellow at Harvard Graduate School of Design, member of the Delta Commission to advise government on water safety, guest curator Week of the City, guest researcher Netherlands Spatial Assessment Agency