Barcelona gives streets back to people 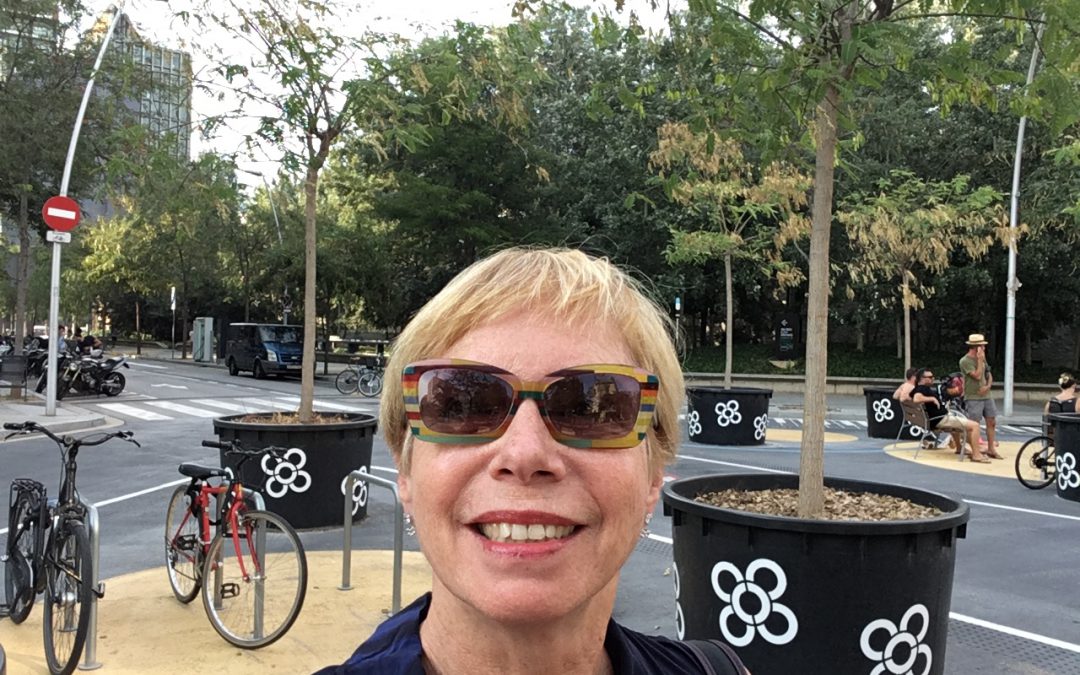 Cities all over the world are trying to take back public space from cars and give it back to people. Barcelona has thought up – and implemented – a new urban strategy, as radical as it is simple: the superblock, or in Catalan superilla. “Every city should try something like this”, says Sílvia Casorran, mobility expert and a resident of Poble Nou, the posterchild of Barcelona’s riposte to the car – and to the city’s excessive air pollution. Bordered by the sea and mountains, Barcelona is Europe’s third densest city, after Paris and Athens. 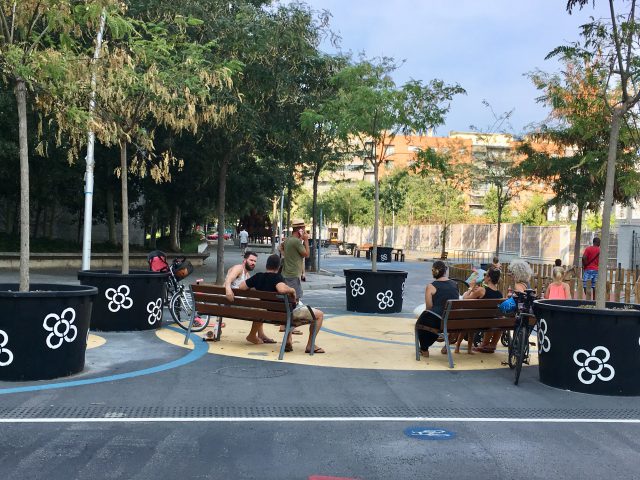 The big nineteenth-century expansion of Barcelona created a now famous urban grid filled with blocks – all of the same size, with squared-off corners – and buildings of all the same height. The superblock combines a group of these blocks – say 3×3 =9 – and moves the through traffic out to the edges. That frees up space inside the block for pedestrians, bikes, playgrounds, gardens and the public benches so beloved by Spaniards. Local traffic can drive slowly inside the superblock, but only around each block. Here you can watch the episode of TRACY•TV I made about it.

Until the sixties this was an area of textile factories, in the eighties the Olympic Games brought in a wave of investment and now many of the old factory buildings – some of them still with brick chimneys – house startups and creative hubs. The newest change is the reconquering of public space. 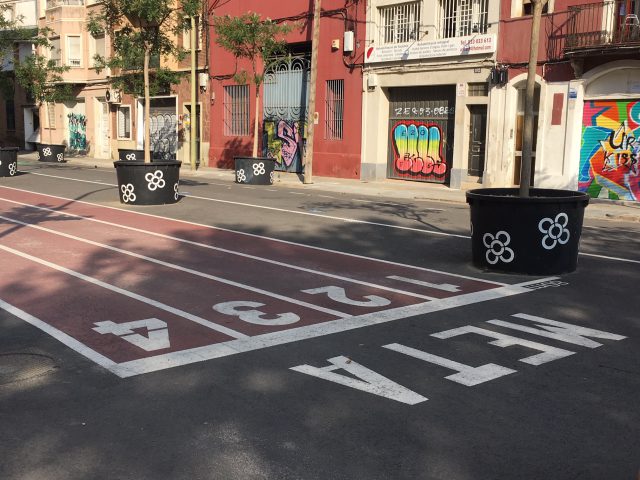 Lines of big black plastic planters march down the streets, separating cars from bikes and pedestrians. One of the streets has been painted in red strips for running contests, others are covered with colorful painted games like hopscotch. One of the intersection squares is now a playground, and this afternoon it is full of kids and parents. Neighborhood resident and radio journalist Carles Peña tells me: “This street used to be filled with four lanes of traffic. Now it is just for people and parks. When I wake up, I now hear birds instead of traffic.” 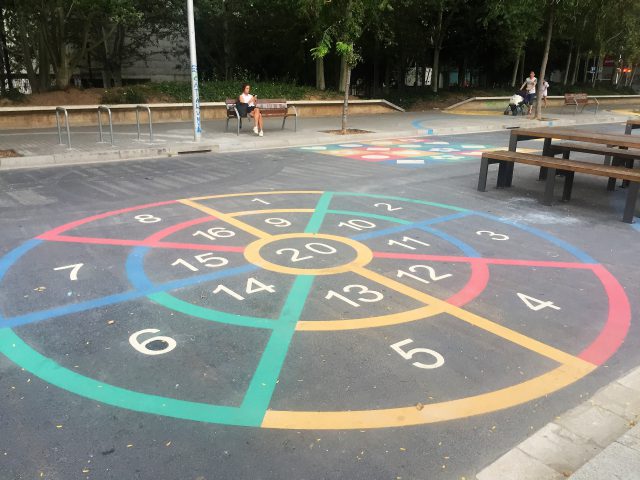 The Netherlands have also experimented with ‘leefstraten’, ‘living streets’, where streets were temporarily closed to traffic and parking and outdoor living rooms were set up, including film screenings and barbecues. But the changes in Poble Nou’s superblock are permanent. It is not Barcelona’s first: the city already used this approach in the old dense neighborhoods of El Born, in 1993, and Gracia, in 2005. The idea originated with Salvador Rueda, a visionary planner who works for the municipal Agencia de Ecología Urbana. After Barcelona’s activist mayor Ada Colau was elected in 2015, she decided in 2016 to pick up on the idea again – starting in Poble Nou.

Sílvia Casorran, who works on bicycling policy for the Metropolitan Area Barcelona: “The city wants to reduce private driving by 20 percent in the next two years – and at the same time add 300 kilometers of bike paths.” Obviously, the city will have to reduce traffic overall, otherwise it is just being redistributed. Call it the toothpaste tub effect – push down here, it pops up over there. Not surprisingly, there was resistance from the surrounding streets. Josep Mateu, president of the Royal Automobile Club of Barcelona, spoke in interviews of ‘winning’ and ‘losing’ roads. 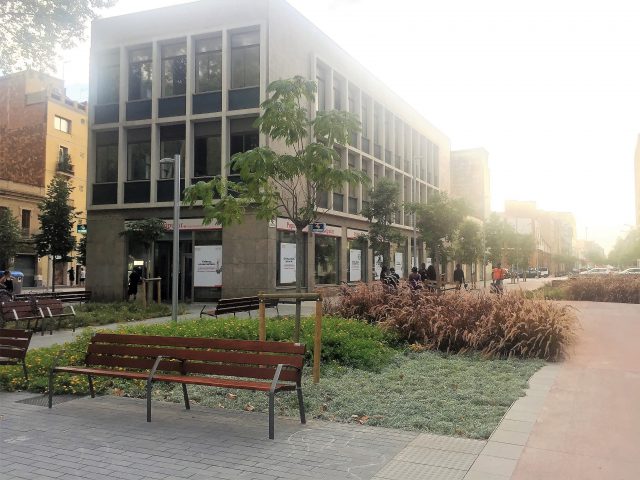 “The city did a lot of things wrong the first time”, Sílvia says. “They didn’t get people involved enough and tell them what the plan was and why. If you want people to stop using the car, you have to give them alternatives – and in the beginning there were fewer bike lanes rather than more, and the busstop was further away.” But in ten years, she believes, this will be the new normal. “This is not just a physical change, but a mental one.”