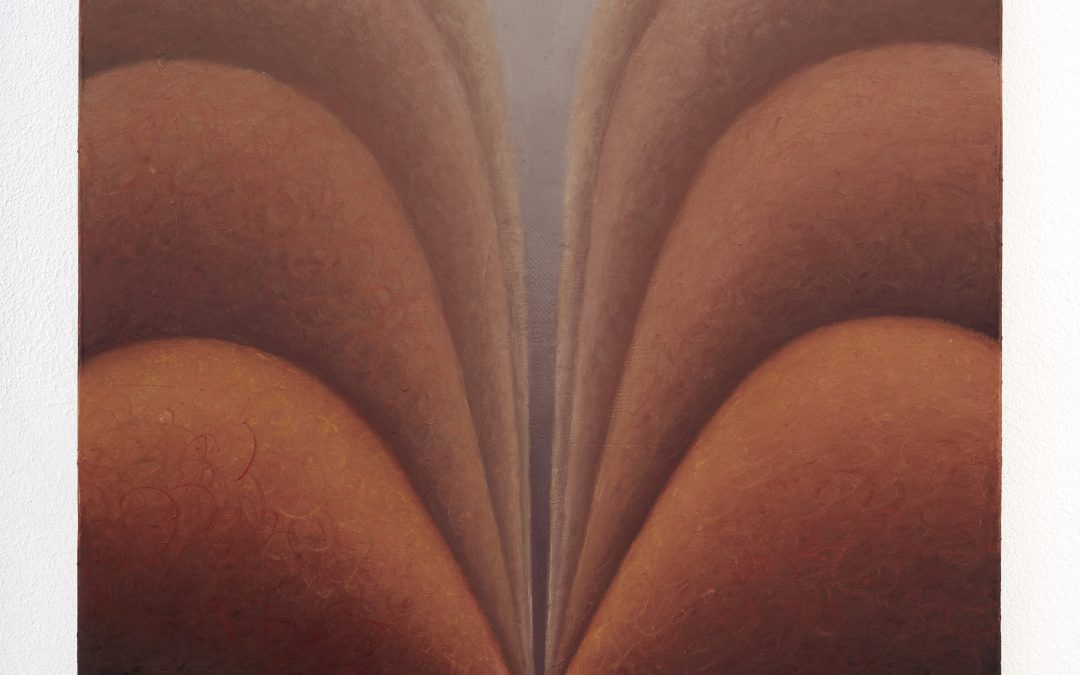 Art made from ashes from the scorched earth of fields in Iraq: the long arm of IS could be felt Friday as far as the auction house Christie’s in London. On the block were works by fourteen renowned artists for Scorched Earth, a project initiated by the British charity Migrate Art, in which they used pigment made from those ashes. The proceeds of the auction, 262.700 pounds (289.000 euro), will go to three nonprofits that help refugees.

Migrate Art is an initiative of the Englishman Simon Butler. ,,I worked for years in the art world, at galleries such as the White Cube in London and for the artists Damien Hirst and Shepard Fairey,” he says over the phone. ,,But at a given moment I felt the need to get art and the money involved in it to help refugees.”

Last year Butler visited the Kurdish area in North Iraq for the first time. ,,Outside the cities you saw only burned fields. That was a tactic of IS, I was told, to cause hunger and chaos.” On the spot he had an idea: he could have a pigment made from the ashes and ask artists to make work using it. There is a picture of him squatting in a field while he scoops ashes into a box. ,,In order to avoid trouble at customs I bought tea at the market and filled the packaging with the ashes.”

The best-sold work in the auction was Red Earth by Loie Hollowell, which went for 85,000 pond (93,000 euro), over three times the estimate. From her studio in New York she says: ,,When I received the pigment, I was surprised by its dull grayish color and the granular consistency. I used it in the entire painting, which made the colors more muted than the vibrant tones I usually use. It took everything down a notch.” This was the first time Hollowell made a work specially for a charity. ,,Normally it’s hard as an artist to see your work being sold at auction for much more than you got for it. But this time I felt no anxiety, I hoped it would sell for as much as possible. I really believe in this.”

She found the pigment confronting, she says: ,,It has a very direct connection  to its source, the scorched earth.” It also reminded her of the wildfires in her home state of California, where her parents still live. ,,They woke up every morning with a layer of ash on the house.”

Artist Walid Siti comes from the area where Butler collected the ash. ,,I left Kurdistan in 1971 to study art in Baghdad, then went on to Slovenia in 1976. In 1984 I came to the UK as a political refugee.” For obvious reasons he feels a strong attachment to the Scorched Earth project. He mixed the pigment with plaster, earth and straw to create a substance that is related to the source of the ash. ,,It’s a metaphor for dislocation and disorientation in a fragile and troubled landscape.”

Scorched Earth is Migrate Art’s second big project. Butler: ,,The first one began with a visit to Calais, ‘The Jungle’. I went back after the French authorities had demolished it, and in the ruins I found a lot of colored pencils.” For the project Multicolour he asked a number of artists to make new work with the pencils. The proceeds of that auction came to 120,000 pounds (132,000 euro).

The proceeds of Scorched Earth will go to Migrate Art’s three partners. Those are Refugee Kitchen, which provided meals for refugees in Calais and Dunkirk and now for homeless people in London; Lotus Flower, which helps women and children in areas dominated by IS; and RefuAid, which helps highly educated refugees to retrain and get their British qualifications. Butler: ,,There are still far too many surgeons from Iraq and Syria stocking shelves in supermarkets.”

For NRC Handelsblad I wrote about this project in Dutch: https://www.nrc.nl/nieuws/2020/10/25/christies-veilt-kunstwerken-gemaakt-met-as-uit-is-oorlogsgebied-a4017355