The frugal modernity of bamboo and seagrass 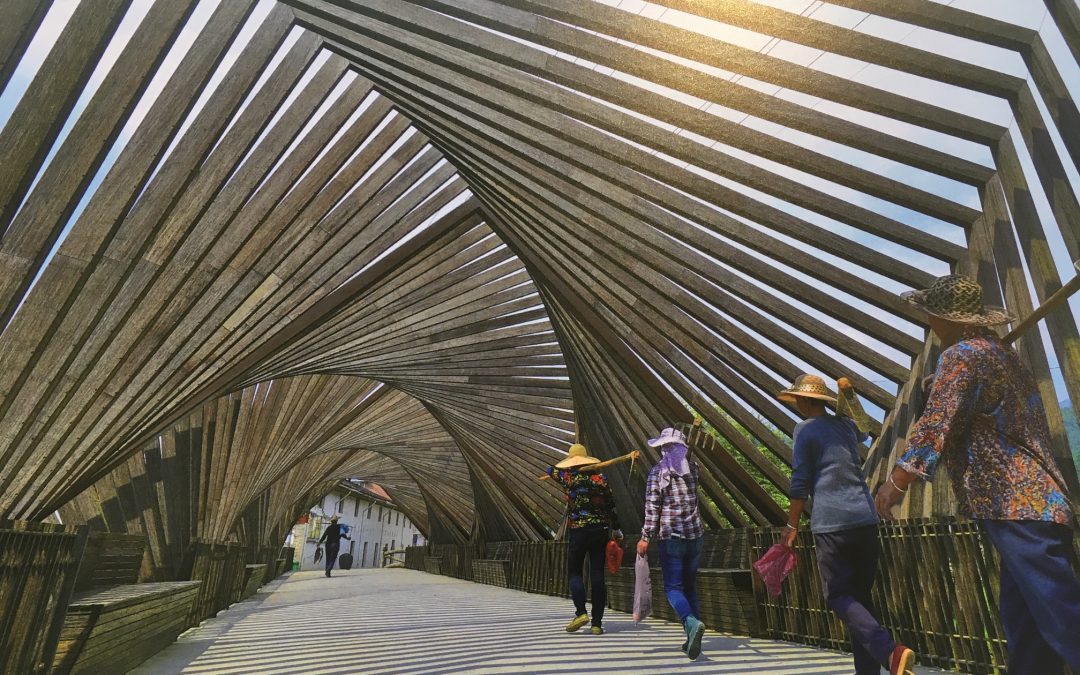 One of this year’s memorable exhibitions was Fibra Architectures in the Pavillon de l’Arsenal in Paris. It was about architecture made of, yes, fiber: seagrass, bamboo, palm leaves, reeds, sugarcane leaves, banyan tree roots, straw, mycelium, wheat stalks, wicker, willow branches and the humblest of all – grass. 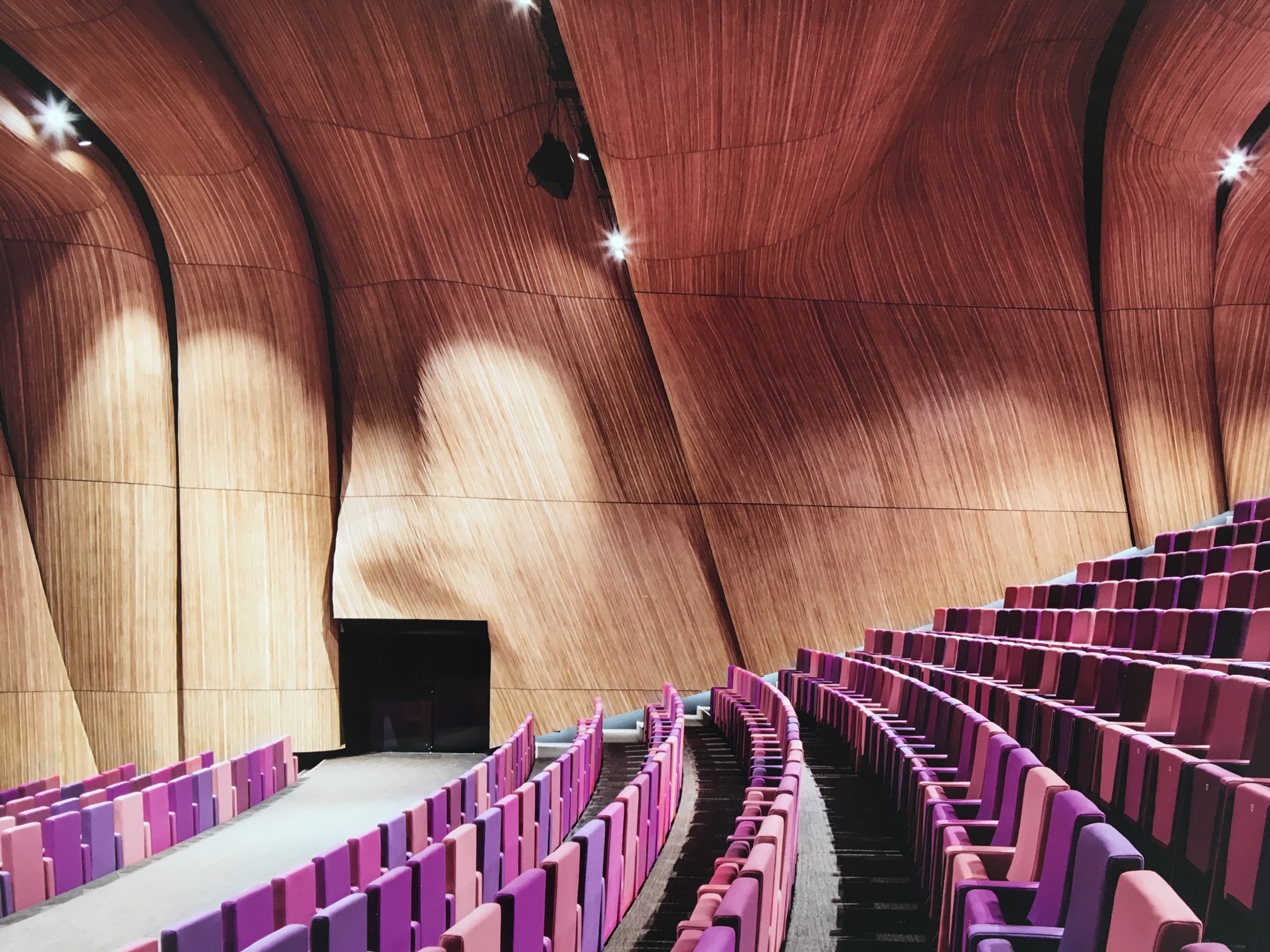 The show is part of a series of exhibitions, research and experiments the Arsenal has conducted since 2014, focusing on the reuse of materials and on construction using local earth or stone. These projects were selected from all over the world as part of the FIBRA Award, the first global prize in contemporary, vegetable fiber architecture.

The Arsenal calls this ‘frugal modernity’, a way of combining the recycling of resources, the use of local expertise, bioclimatic measures and contemporary design. Unconsciously I thought this architecture would be kind of lumpy and homegrown – as in walls made out of strawbales – but on the contrary. Many of the over 50 buildings shown are poetically beautiful: lacelike pavilions with pointy roofs in Japan, soaring bamboo cathedrals in South America, round houses with sweeping roofs in China that look as if they might spin off into the air at any moment. 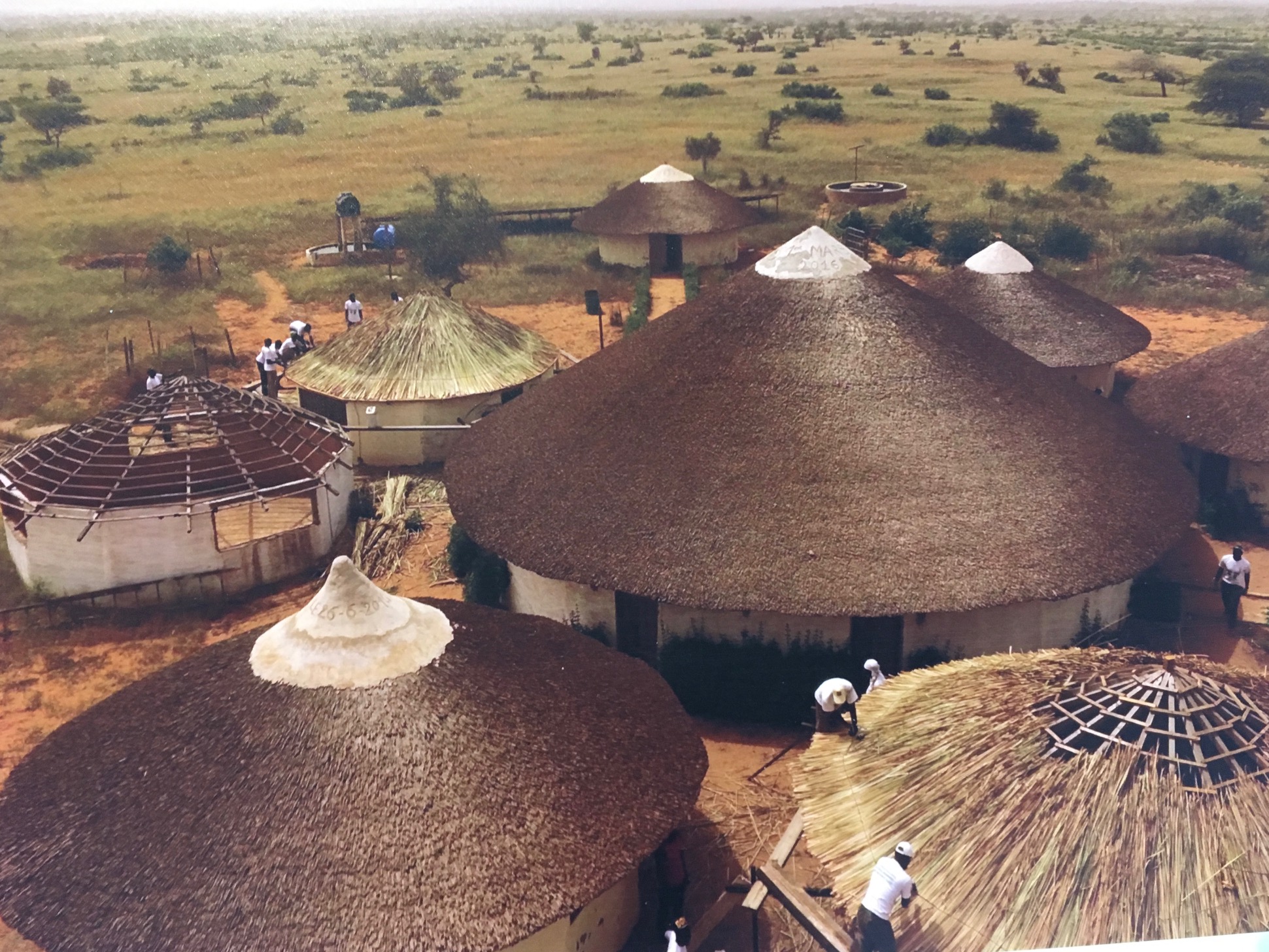 The use that all these various kinds of plant material can be put to are impressive. Sometimes they are powerful chunks of insulation, made for example of seagrass, and other times surprisingly delicate. Palm leaves are pressed into shiny roof tiles like little turned-over trays, waterproof and light as a feather. 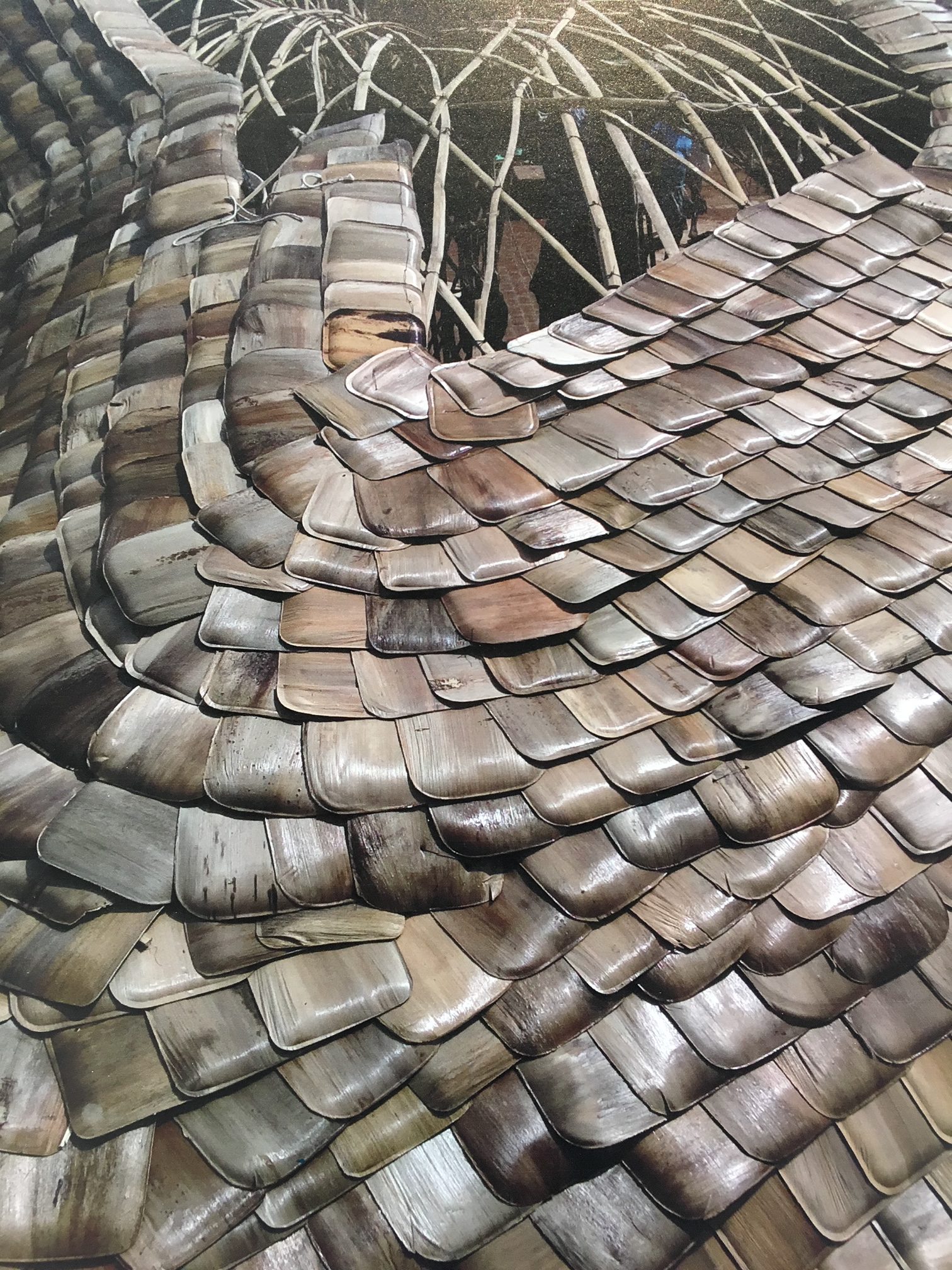 At PS1 in New York, a branch of MoMA, a three-chimney tower of 12 meters high was constructed using 10,000 ‘bricks’ made of mycelium, the underground network of mould from which mushrooms grow. An auditorium in France has an interior made of sleek sculptural rattan panels. A covered bridge made of bamboo is not only beautiful, but also the biggest of its kind in Asia and can bear the weight of 2-ton trucks.

And the Incas of Peru still weave their own ropes of grass with which they make footbridges to span terrifying chasms in the Andes. 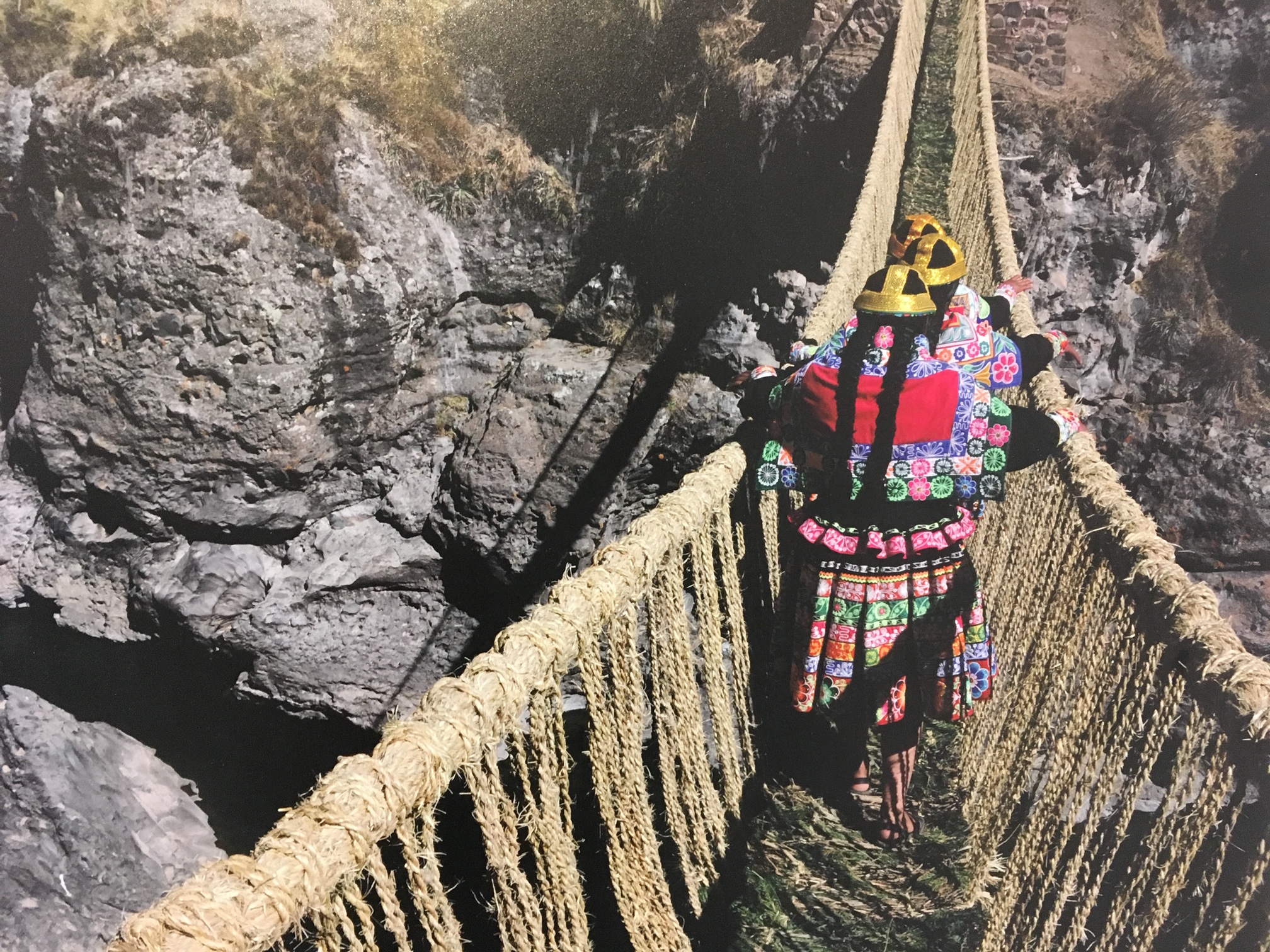 Fibra Architectures are utterly modern in that they look to new, intelligent materials and designs for the future. And if we accept the term ‘frugal modernity’, then they prove that frugality is not without beauty.

More images in the gallery: 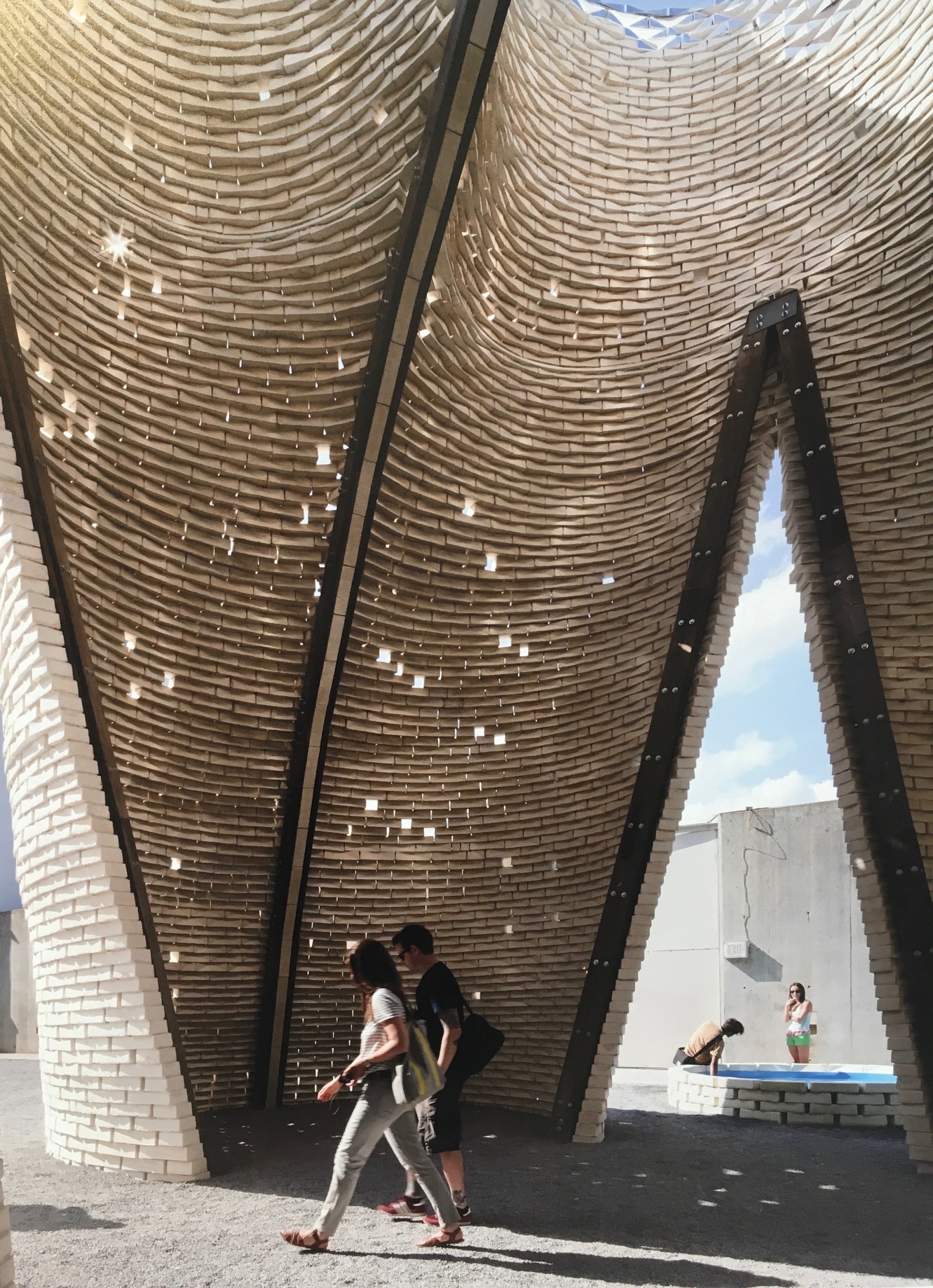 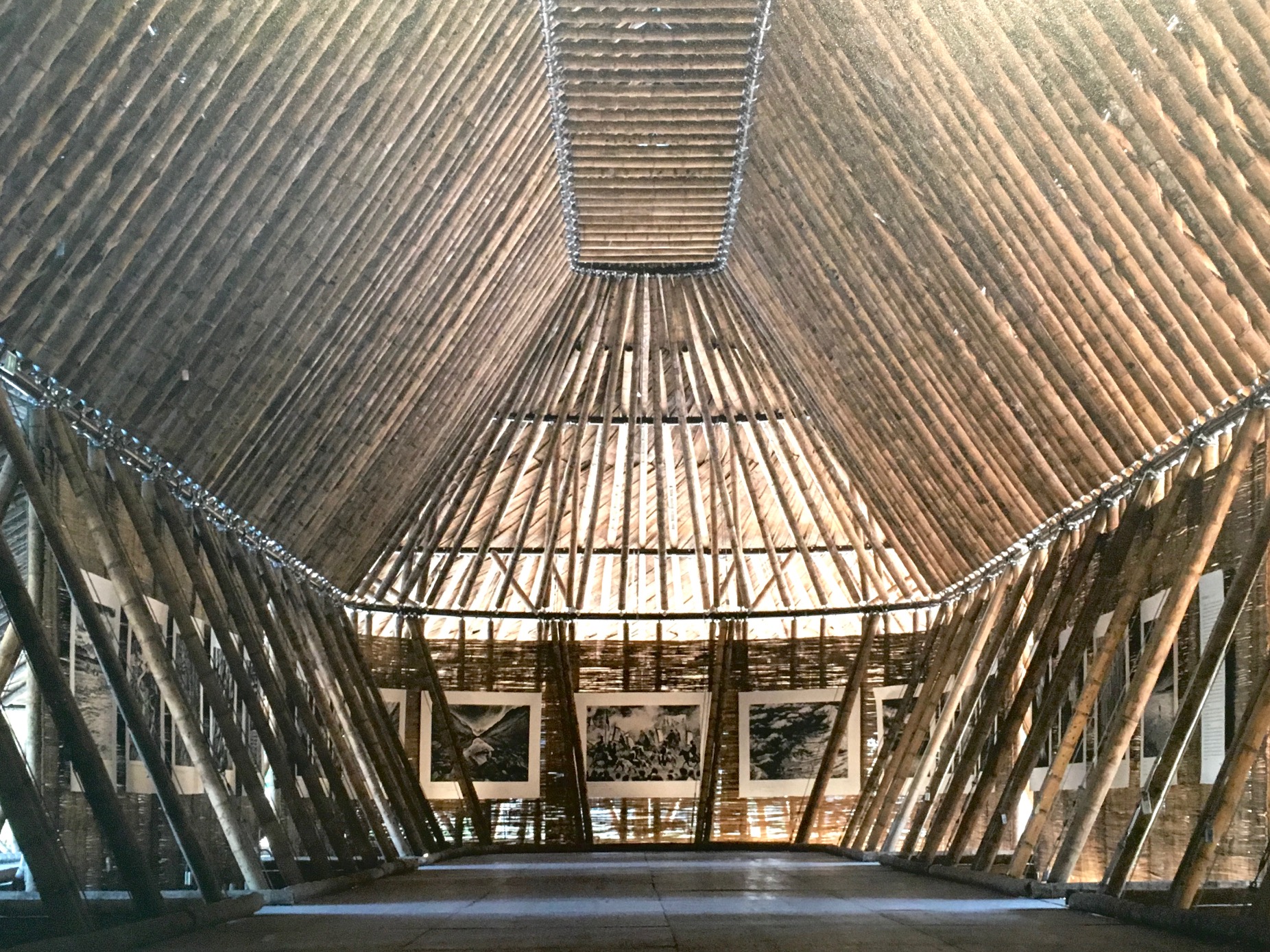 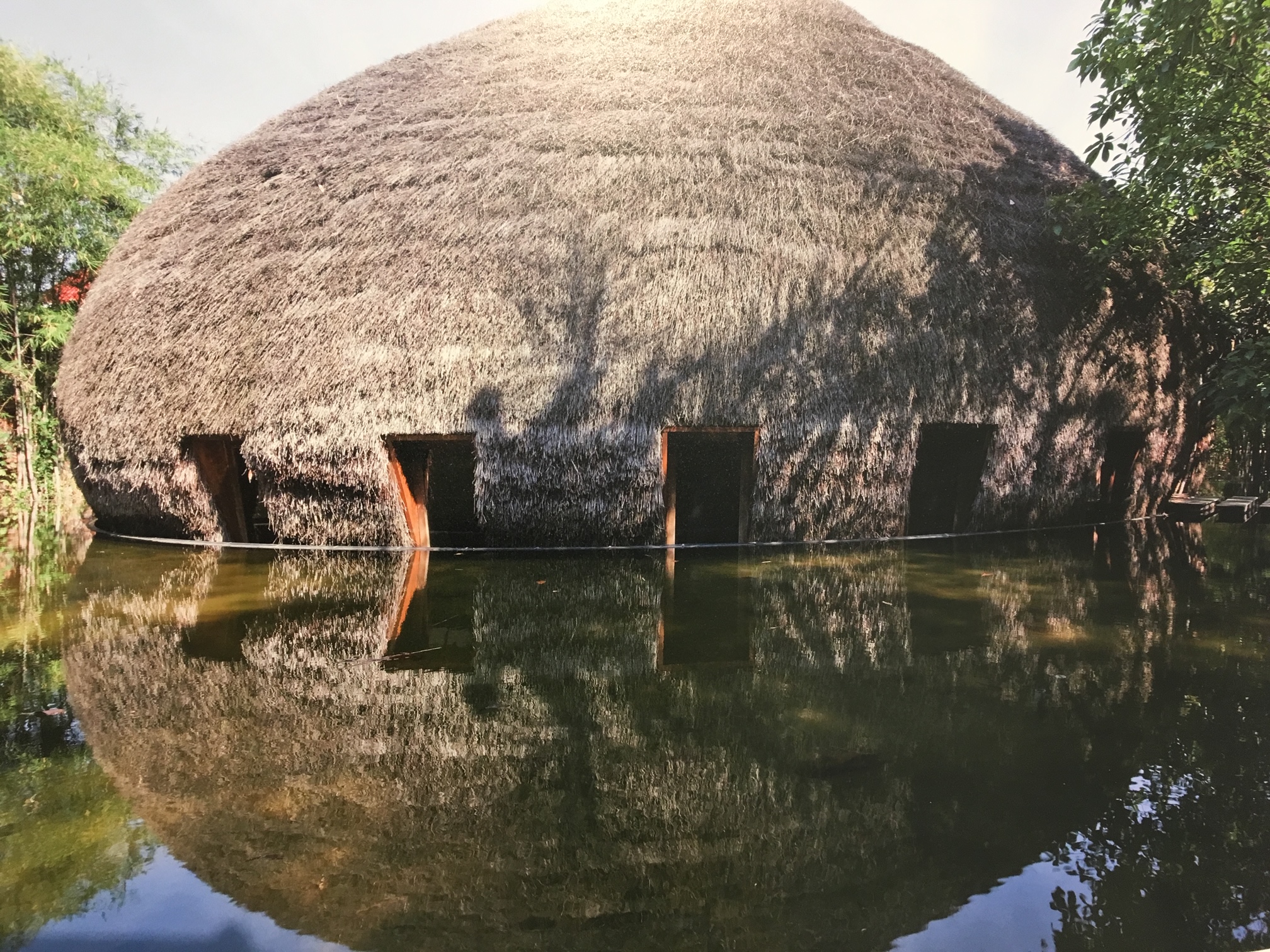 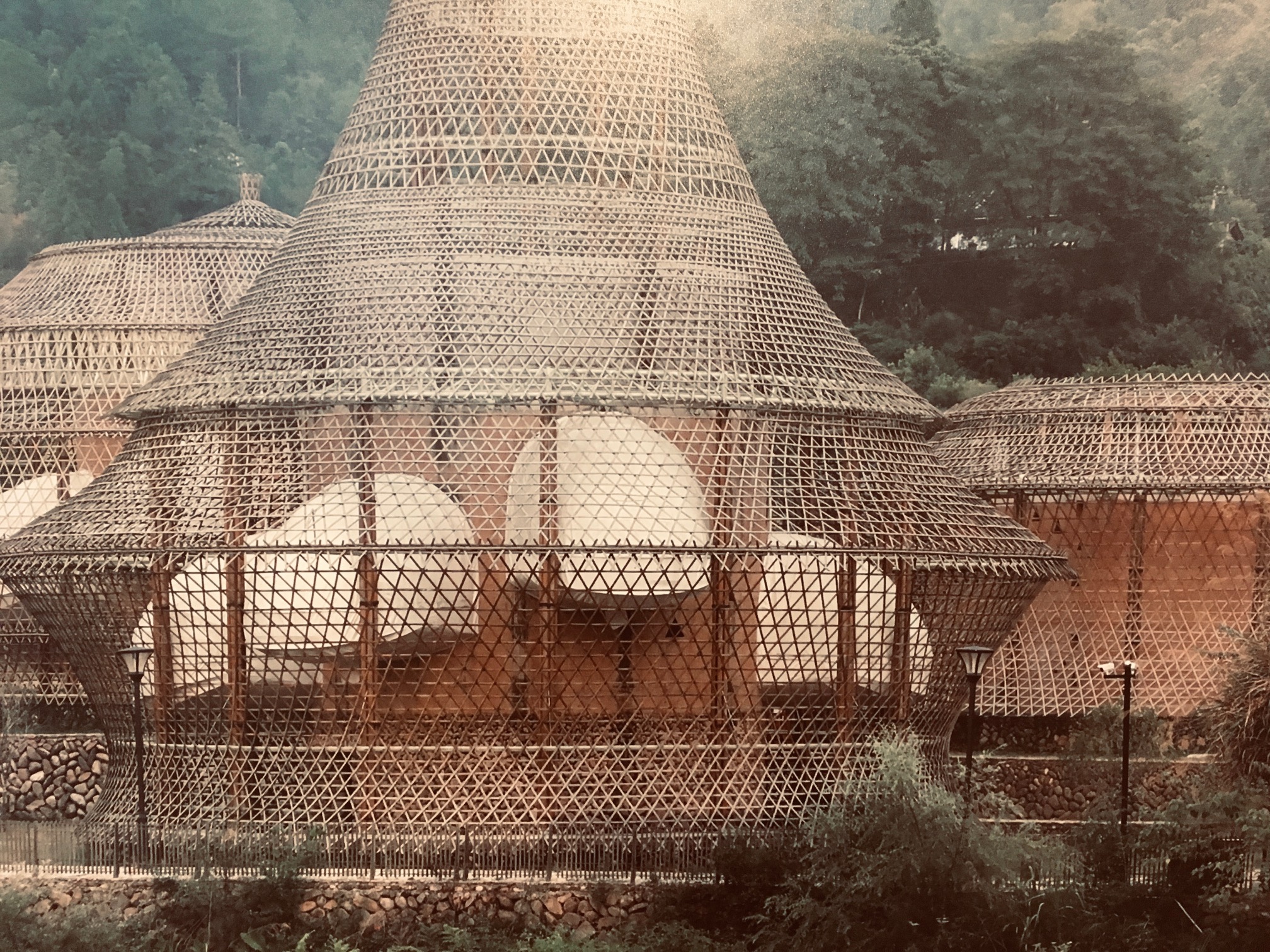 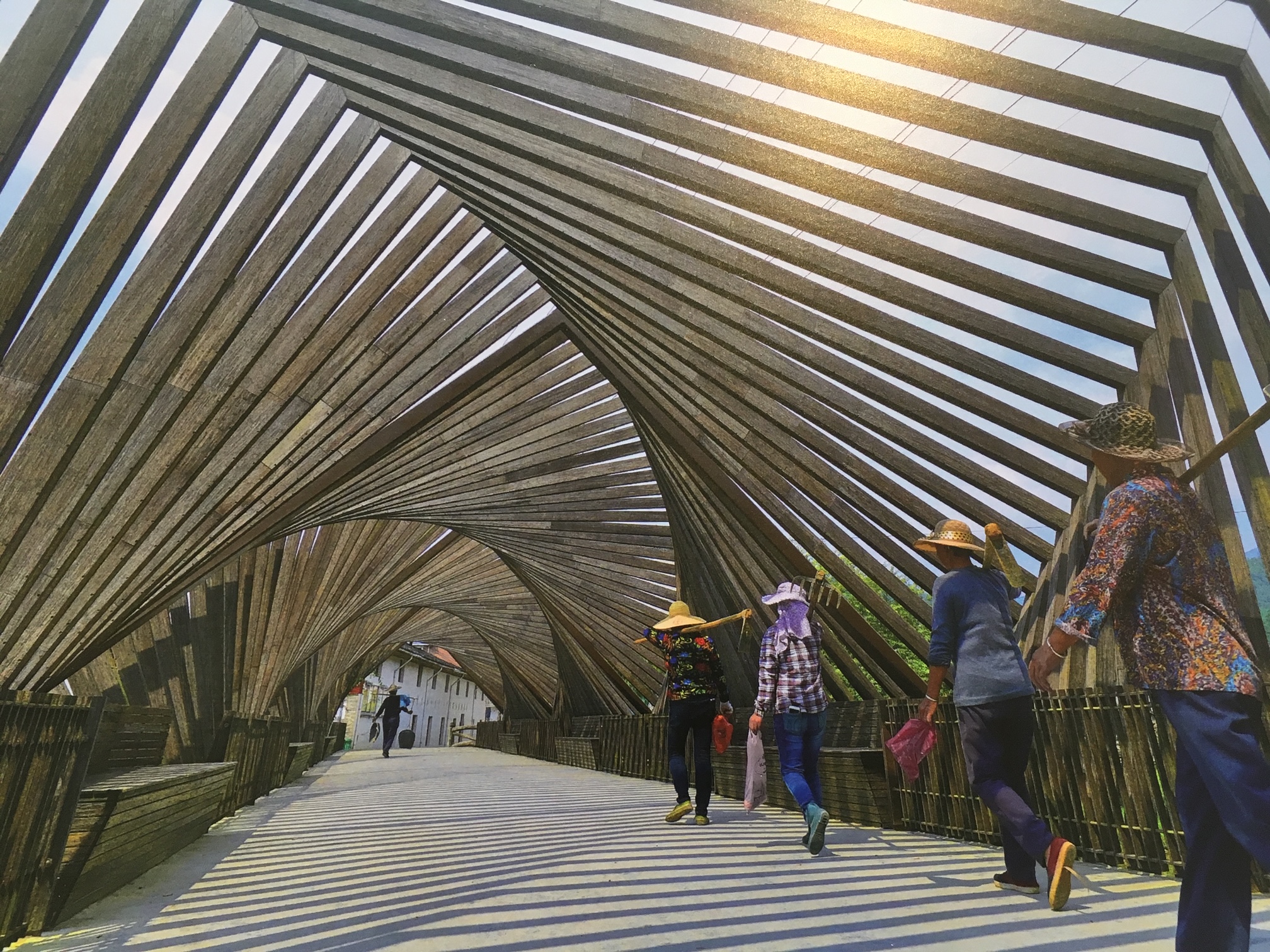