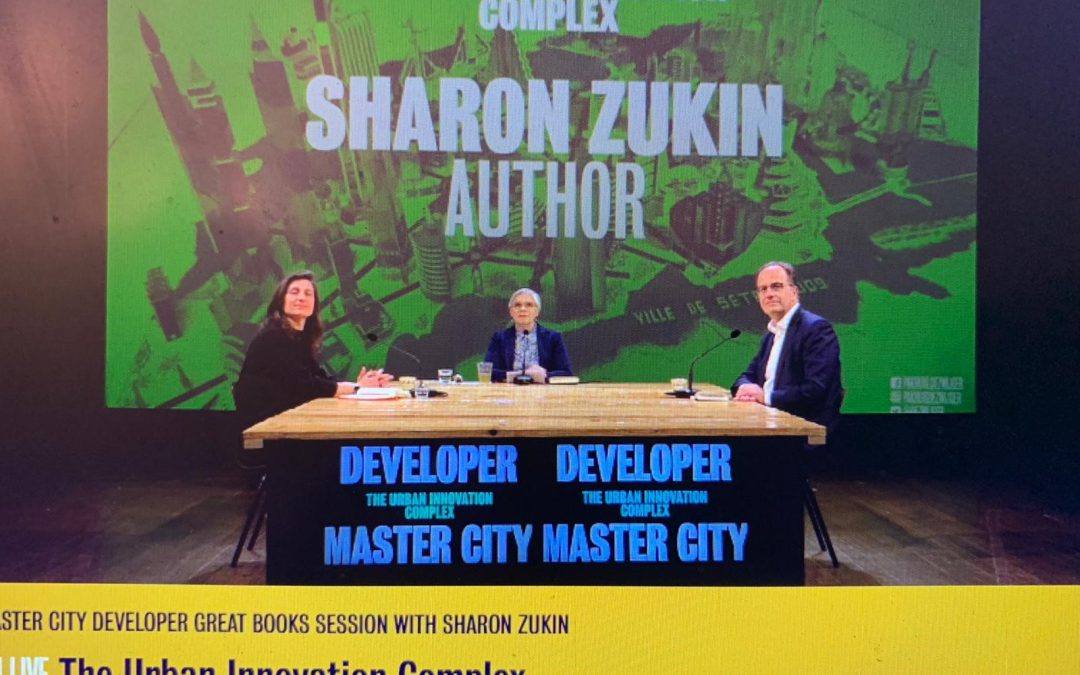 Together with Wouter Jan Verheul of the Master City Developer program and Pakhuis De Zwijger, the John Adams organized a hybrid event with urban sociologist Sharon Zukin from New York, with myself as moderator. She talked about her findings for her book ‘The Urban Innovation Complex’, about how tech gravitates to cities with space and talent and how cities vie to draw in tech. Universities are in on the game too, collecting and spending huge amounts on new tech hubs such as the ‘Brooklyn Innovation Coastline’ and Cornell Tech Campus – a new strategy known as academic capitalism.

But does it work? Do these mega-investments really benefit the city, or do they just pay the salaries of software engineers in the Midwest and manufacturers in Asia? Sharon was joined in the studio by Rinke Zonneveld, director of the public-private Innovation Quarter in the Hague-Rotterdam region and by Katja Rusinovic of the Haagsche Hogeschool. Watch the event here: