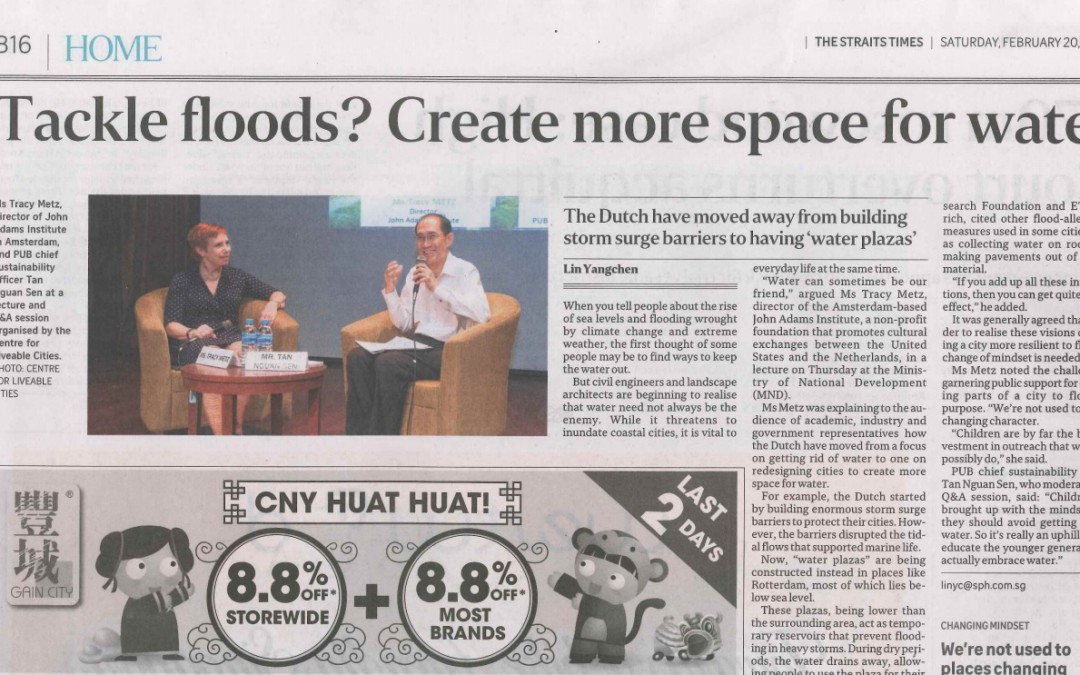 The Straits Times of Singapore wrote an article about my lecture with the title ‘Tackle floods? Create more space for water’. I gave this lecture, called ‘Water – Holland’s ‘Frenemy’, on February 18th, 2016 for the Centre for Liveable Cities in Singapore.

The Netherlands is known for its control over water. But now that the climate is changing, the Dutch are also changing their approach towards water management. In cities more space is being created for water, the landscape is being redesigned to let water in and sometimes the dikes are even being lowered. Water is becoming a friend instead of an enemy – or better said, frenemy.
END_OF_DOCUMENT_TOKEN_TO_BE_REPLACED